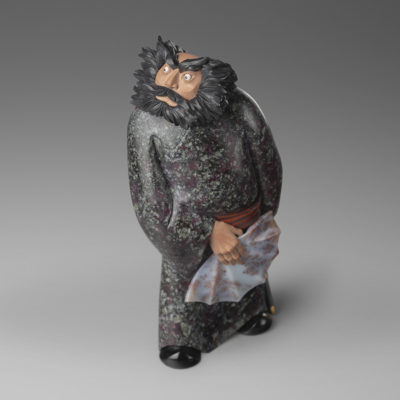 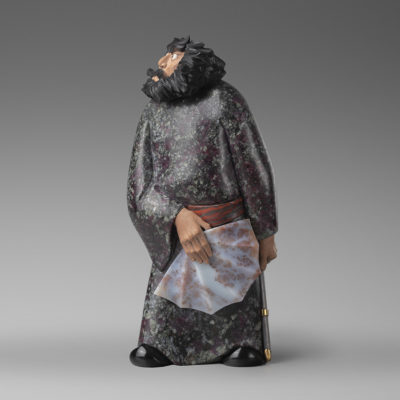 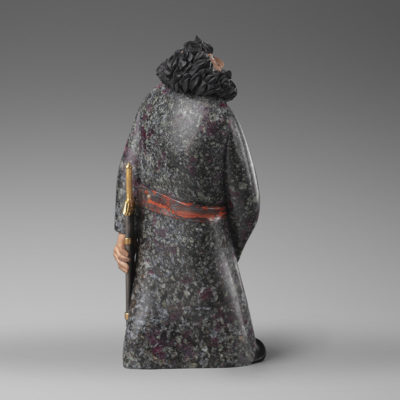 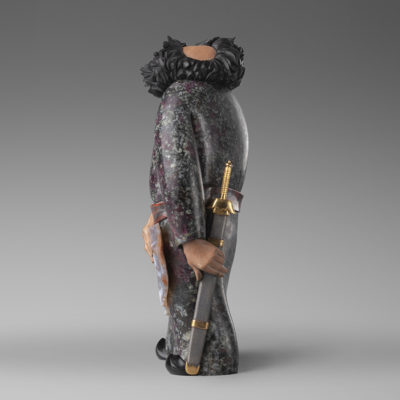 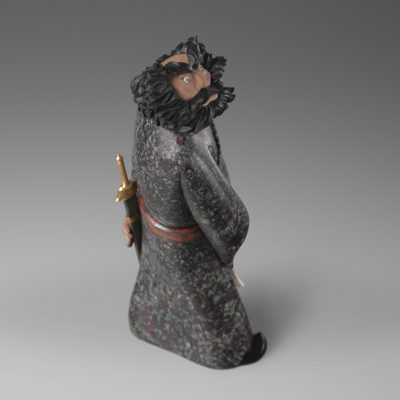 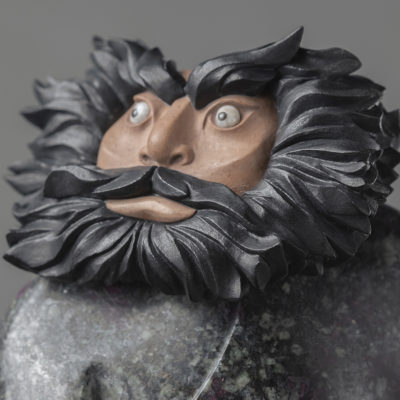 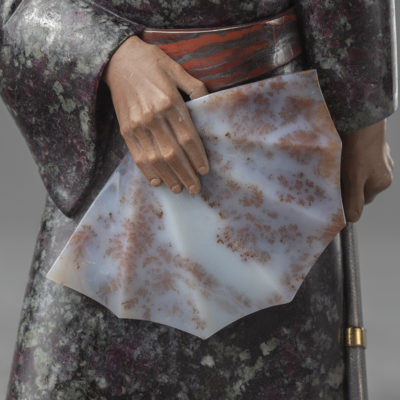 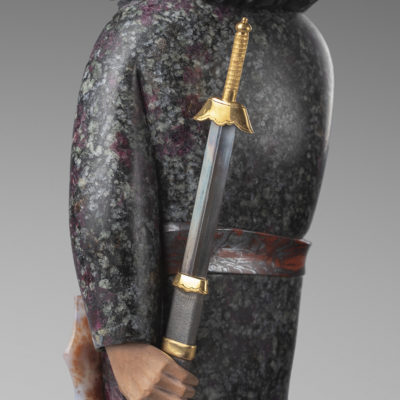 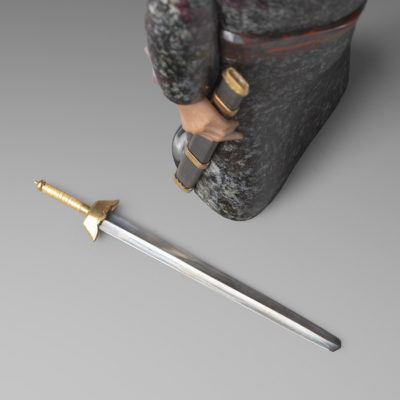 “One day, Emperor Ming-huang fell ill with a fever. One night, when he was alternately hot and cold, he suddenly saw… A small imp in a dark red dress and short trousers, one foot in sandals and the other bare, crept up to the emperor’s bed, grabbed an amulet with fragrant herbs and a jade flute that Ming-huang played in his free time from state affairs. The thief jumped down from the palace terrace and ran into the peach garden that surrounded the palace. But then a big demon appeared. He was wearing a blue dressing gown, a hat, and boots. He rolled up his sleeves, caught up with the little imp, and swallowed it alive. Thus, for the first time, the great Zhong Kui appeared in his true form.”

The new author’s sculpture is the embodiment of the lord of demons from ancient Chinese mythology. This image was taken from engravings and paintings depicting the spirit with its accompanying symbols and attributes that emphasize its good intentions, despite its hostile appearance. The selected rare material helped in creating an accurate image. Iridescent deep pink and carmine-red spots of eudialyte resemble an oriental robe. A picturesque drawing of moss agate draws intricate patterns on the fan, which appears as a symbol of good, and the sword, ready to jump out of the scabbard, will subdue evil demons. According to an ancient legend, the “club (weapon) of demons” protects Tianxia from all evil spirits.