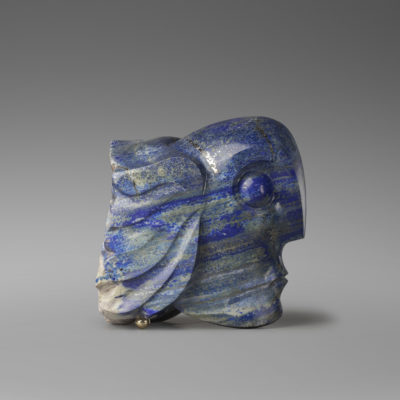 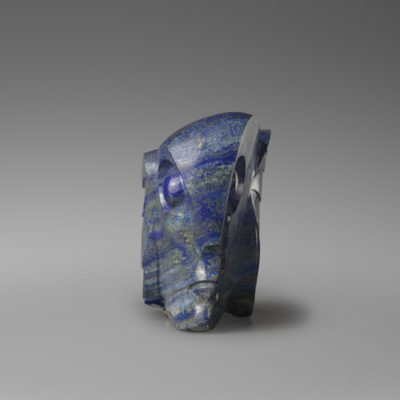 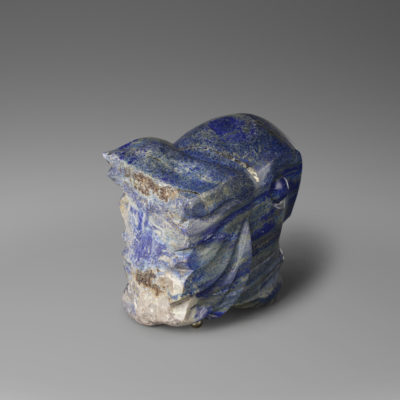 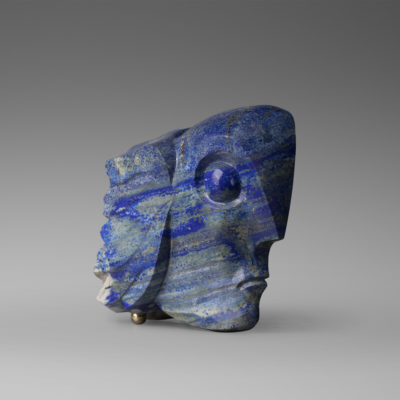 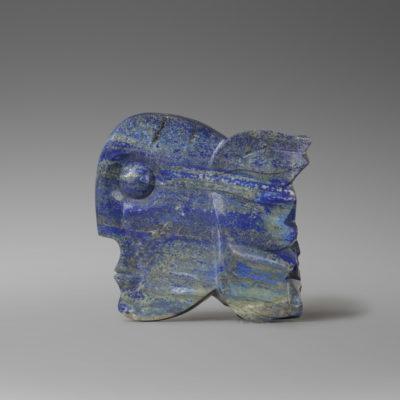 The image of the powerful ancient Greek god is embodied in a new stone sculpture by Sergey Falkin. Poseidon is the god of the sea, who could gather clouds and call up storms, but at the same time save those who are wrecked. A god who lived in a palace of pure gold at the very bottom of the sea, and the walls of his residence were decorated with coral and sea colors of all the colors of the rainbow.

Mythology has lost its sacredness centuries later, and all that remained of the myth are ancient sculptures. In his work, the sculptor displays this fossilization of myth – the fossilization of an ancient great god. In a piece of lazurite all the colors and habits of the sea are captured. The storms which Poseidon calls forth are expressed in gray lines that spread out all over the stone. His hair is like the tails of a fish, which when swept left the waves behind them, disturbing the deep-blue sea surface. And the only thing left of the majestic palace of the Lord of the Seas was a small golden pearl.